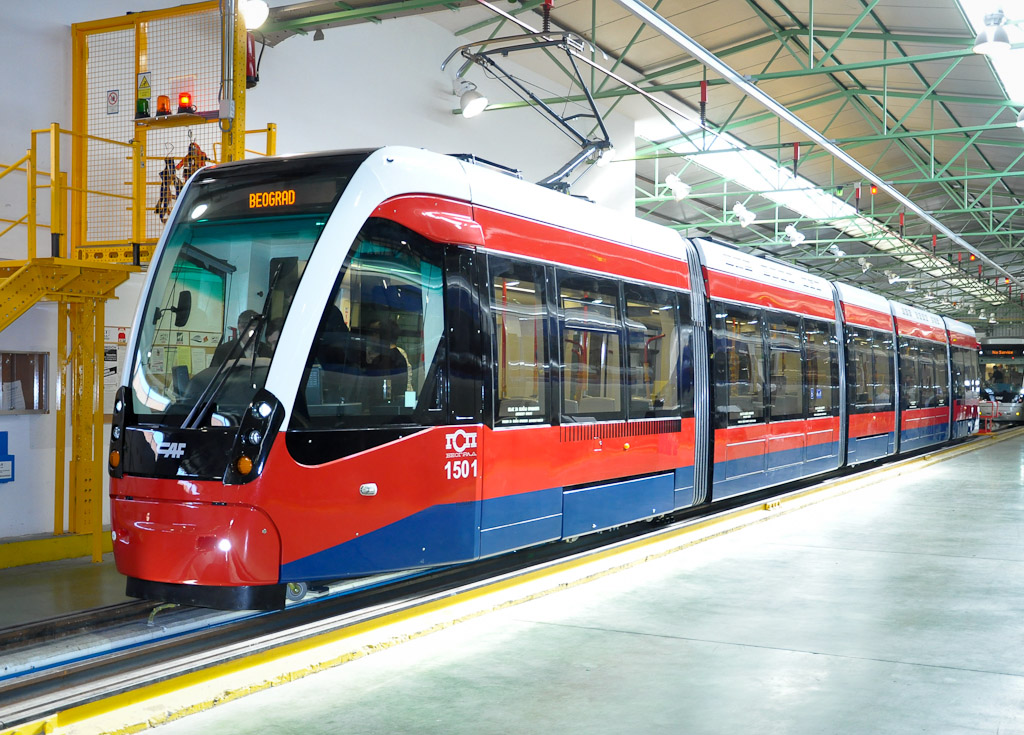 The head urban planner of Belgrade, Marko Stojcic, said that “most citizens chose the option of moving the structure of the Old Sava Bridge to the Usce Park and having a a new bridge built, which will connect New Belgrade with Ada Ciganlija”.

He added that it was “just the beginning of the idea about the new functions of the bridge”.

Stojcic said that the selected option “entails several interventions, the development of which is yet to take place” and added that he hoped that there would be more concrete plans after two weeks.

The citizens chose the option which entails two phases – the construction of a new bridge for pedestrians and cyclists as an extension of Omladinskih Brigada Street to Ada Ciganlija and the disassembly of the Old Sava Bridge and its re-assembly in the location between the Usce Shopping Center and the Museum of Contemporary Art.

The bridge would act as a sculpture in the Usce Park, 4.5 meters above the ground, and the space underneath the bridge would have “cultural, commercial and entertainment features”.

The investment value of the works is around RSD 1.7 billion (EUR 15 million).

The survey was open until December 15.

THE Serbian government, the city of Belgrade, PowerChina and Alstom are due to sign an agreement to construct the new Belgrade metro on January 22, finance minister Mr Sinisa Mali told Serbian state news agency Tanjug on January 5.

Tanjug reports that minister of construction, transport and infrastructure, Mr Tomislav Momirovic, expects the first works on the project to begin in the third quarter of 2021.

Belgrade’s city assembly voted in October 2018 to establish a public utility company to construct and operate a passenger metro network and develop the city’s railway. At the time, the two-line project was expected to cost more than €3bn, with the first phase costing €1.3bn.

Momirovic says that while it was still too early to set deadlines, the first east-west line connecting Makis and the suburban district of Mirijevo could potentially be completed three years after the start of construction.

Talks with the French and Chinese companies have been under way since September 2020. Preliminary agreements have already been signed, with PowerChina handling the civil engineering and Alstom providing the systems and fleet.

Mali says Serbian experts were scheduled to make a large number of visits to France in February and French experts will also visit Serbia.

"We have come to decisions on all open issues," Momirovic said in a video file posted on the website of Tanjug news agency on Wednesday, after  a meeting in Paris with representatives of Egis Rail, the designer of the project.

The construction works of the second line of the Belgrade metro will start in 2022, Momirovic added.

Earlier this week, finance minister Sinisa Mali said the first line of the metro will be launched in 2028.

According to the preliminary design of the project, the Belgrade metro network will initially consist of two lines of 22 km and 19.8 km in length respectively and will integrate four urban railway lines. The first line of the metro will run along the Sava river, crossing downtown Belgrade, and will link the Makisko Polje area in the southwestern part of the Serbian capital to the Mirijevo neighbourhood in the northeast, near the Danube river. The second line will connect Zemun, a northwestern suburb of Belgrade, to the Mirijevo neighbourhood through the New Belgrade urban municipality.

Egis Rail has signed a new contract to develop the feasibility studies of Belgrade metro Line 2 project, following the signing of the agreement between Serbian and French governments. In addition, the Government and the Municipality, together with three companies signed the agreements to implement city’s metro project.

The contract was signed with the City of Belgrade and includes the development of the studies, preliminary design and environmental impact assessment of Belgrade metro.

Last year, Egis was already in charge of the general project and the preliminary feasibility study for the first two metro lines (Line 1 and Line 2).

According to the preliminary feasibility study, the metro network will have a total length of 40.5 km served by 43 station and it will also integrate four urban railway lines. The Line 1 will be 21.3 km – long with 23 stations and will provide transport connection along the Sava River, crossing the city’s centre, to Makisko Polje area, an urban neighborhood in the southwestern part of the city, and will reach to Mirijevo area in the northeast, near the Danube River.

The construction works for the first metro line are expected to begin before the end of 2021 and the line will become operational by the end of 2028.

The Belgrade metro Line 2 will have 19.2 km and will be served by 20 stations, starting from Zemun station, crossing New Belgrade urban area towards Mirijevo, in the municipality of Zvezdara, near Belgrade.

The transport development plan of the city covers the construction of a metro system with a length of 60 km and 60 stations.

“We are proud that we are participating in the realisation of a project that is this important to Serbia. I ensure you that we will give it our best for it to be carried out successfully, to the benefit of the citizens of Belgrade and Serbia. I thank your government for its help and support,” Olivier Bouvart, CEO of Egis Rail, said.

Belgrade is one of the few major European cities that doesn’t have a high-capacity public rail transport network. After half a century of relative project, the current government is committing to the creation of this project of national importance that will allow the country to develop and stimulate its economic growth.

"Everything is ready for tomorrow, Monday, November 22, to officially start the works on Makiško polje, on the project of building the Belgrade metro. A historic day that generations of our citizens have been waiting for!", Mali wrote on that social network.

"Many authorities before us had plans to build a subway, but no one has ever done anything concrete on that issue. On the other hand, we have been actively working on this capital project for a long time, which is of great, strategic importance for the City of Belgrade and the Republic of Serbia", the Minister of Finance pointed out.

As he stated, the subway we are building will be the most modern possible, fully automated, without a train driver.

By the way, with the introduction of the subway in the public transport system, it is planned to reorganize the existing lines of public city transport. The metro routes have been harmonized with the development of the "BG train", and the development of four lines of the city railway and three lines of the suburban railway is planned. That way, we will have a much healthier city and environment, because we will reduce the number of buses and cars on the streets.

This means that we will have an integrated rail system, which consists of a metro, tram and BG train, which will solve traffic problems in Belgrade.

The development of rail systems in the city has a dual role - to improve the functioning of the traffic system, reduce the use of passenger cars, especially on congested routes and to be a generator of development of certain city routes and zones.

This is the largest and one of the most important infrastructure, capital projects, which requires time and patience, and every phase, every step that leads us to the subway, must be carefully planned and implemented.

The construction of the subway, which is part of the "Serbia 2025" project, will make life easier for citizens and contribute to a healthier way of transporting people, and at the same time it will affect the growth of Serbia's GDP, Mali wrote on Instagram.