Awarding of the contract to supply units for the Bucharest Metro

The company Metrorex, the Bucharest metro system operator, has awarded CAF the contract to supply 16 metro units with the option of a further 8 trains, for the Romanian capital. The contract amounts to approximately 100 million euros, and will be financed with funds from the European Investment Bank. The units will be delivered as of 2013.

These units shall run on the new Bucharest Metro line 5, and each shall consist of 6 cars with a stainless steel structure (four motor and two trailer).

Each Train consists of 6 cars with a stainless steel structure (four motor and two trailer), with a 1,200 passenger capacity along its 114 m with an unobstructed passageway along the entire train. They travel at a maximum speed of 80 km/h with a 750 Vdc third rail energy pick up system.

These are vehicles designed for mass passenger transit, with the standard maximum quality and safety levels, and can be accessed by persons with reduced mobility, with two areas for wheelchair users.

This contract is an addition to those recently awarded to CAF in Montenegro, Debrecen, as well as the signing of a framework contract with the German Railways for the possible supply of up to 400 modular electric trains, making CAF the endorsed supplier for the demanding German rail market.

This all confirms the company’s clear commitment to increase their presence in the European market, as CAF is executing project in many European capitals: Belgrade, Istanbul, Stockholm, Brussels or Rome. 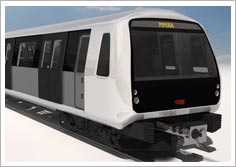 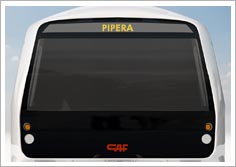 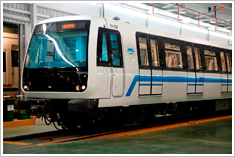